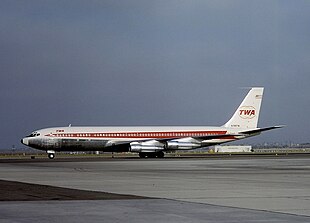 Trans World Airlines Flight 5787 was an unscheduled training flight of a Boeing 707 from Atlantic City Airport in Pomona, New Jersey in 1969. The flight was planned as a proficiency check, testing crew response to a simulated single engine failure during takeoff and landing. Because of a fatigue failure of a hydraulic pipe, hydraulic power was lost while flying at low speed on three engines, resulting in loss of control and a crash killing all on board.more